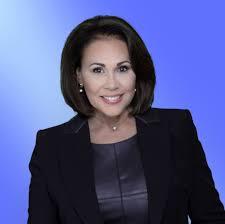 Susan Constantine is the world’s leading authority on body language in relation to leadership and deception detection and is one of the most sought-after human behavior experts. She has been consulted for some of the world’s most noteworthy trials, including Amanda Knox, Michael Jackson, Jeffrey Epstein, Elizabeth Holmes, George Zimmerman, Casey Anthony, Jerry Sandusky, Bill Cosby, and hundreds of others.

Constantine’s more than 12 years’ experience analyzing jurors, witnesses and suspects has solidified her stellar reputation as a leading expert in reading body language and facial expressions of emotions in the legal community and as a media consultant. Constantine holds a MPsy in leadership coaching psychology and is the author and founder of The Human Behavior Lab, LLC. Recently, she invented the first-ever patented emotion response artificial intelligence technology (Jury Lab) that reads human emotions.

She has also published in the Washington Post, Capitol Hill, New York Times, and the New York Post, Forbes, and appeared in several film documentaries analyzing suspects in high profile cases. Additionally, Constantine has provided insights and analysis during media coverage of the past four U.S. presidential elections.

A leading national trainer for reading facial expressions, emotions, and body language, and how to detect deception and statement analysis for government agencies and legal professionals. Her greatest reward is helping families of missing persons analyzing persons of interests to get the truth and bring closure to the victim’s family.